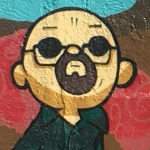 Update 1 as an admin I will be doing a lot more tidying and reorganising of pages. I won't be doing it all at once, as its a lot to do. But I will be trying to continue the work of previous admins by imposing a universal layout on episode and character pages. If you are reading this, please try and adhere to the layout, to spare me the time reformatting everything.

Update 2: as a recovering Archer addict, I now have less time to commit to the wiki, but I am still notified as to its activity, and do still check in to see how things are going from time to time.

A lot of time was spent preparing all the episode and main character pages for season 10: now they have been laid, it is over to everyone else to add content, as I simply don't have the time or inclination to fill it all out myself.

*As I have waded in on many pages, I expect others to do the same on pages I create and edit.  Please be as respectful and true to Archer in your edits as you possibly can, and as I have tried to be. Please get in touch rather than delete chunks of copy.*

My aim is to improve the quality of this wiki overall, with the goal of making it as interesting and as rewarding a resource as can be for future generations - my motto is to ideally leave a wiki more interesting than I find: if not, at the very least, the same. Never any less. I like to edit bold.

So far, my attention has been focused on:

Some of the other things which have needed doing are:

Note: started editing the wiki between season 8 and 9

And a bunch of other random stuff that never got recorded! Too much to mention - it's all there in my "contributions."

Retrieved from "https://archer.fandom.com/wiki/User:HighComs?oldid=48538"
Community content is available under CC-BY-SA unless otherwise noted.